YET ANOTHER RECEPTION OF HUMAN TRAFFICKING VICTIM 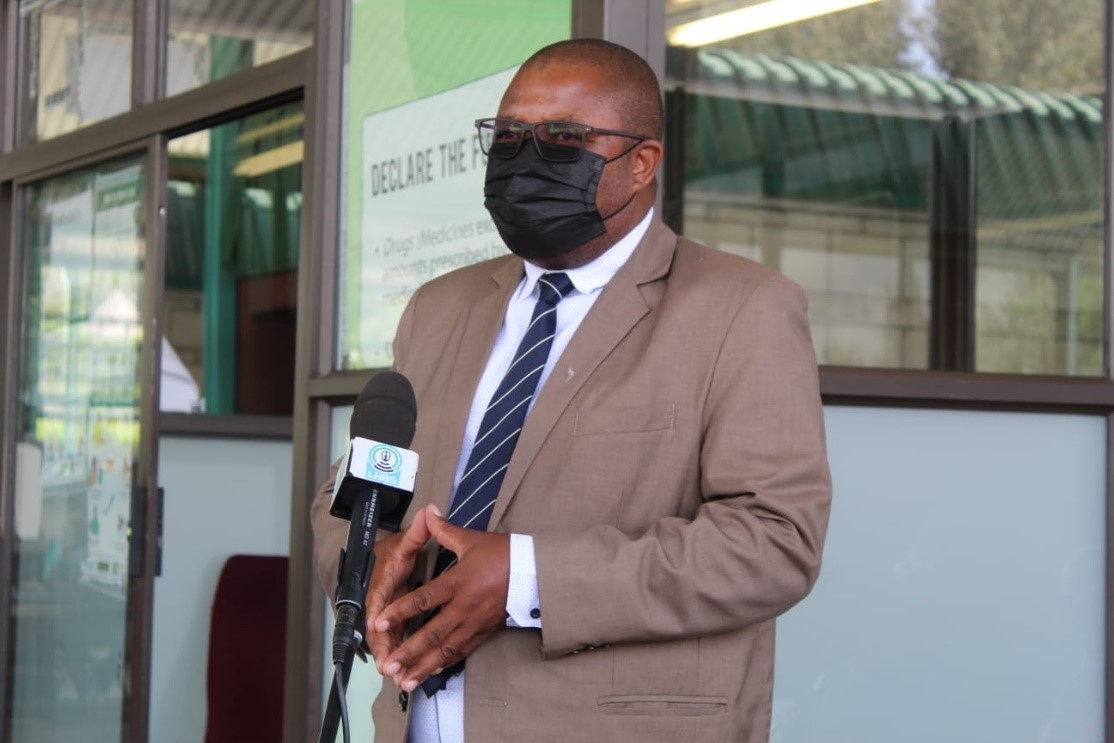 It was only last week when the Ministry of Home Affairs received a 22-year-old who was trafficked 2 years ago. Today it was a 19-year-old from Lisemeng, Leribe Hlotse who was falsely promised legitimate job by her fellow residents a few weeks ago. The victim was welcomed by the Honourable Deputy Minister of Home Affairs and the Minister of Foreign Affairs at Maseru Bridge.

The priority of the Government of Lesotho is to protect Human Trafficking victims. To make sure to help them get back to their normal emotional state before going back to society. This is ensured by the Ministries of Home Affairs and Social Development. They must be ready to share their stories at their own time.

Johannesburg Consular General Mr. Majoro Mohapi, said the victim was promised a job at a Chinese store. She fell in the hands of a man who turned her in sex slave in Vosloorus Gauteng. One of the women from Basotho Domestic Workers Association came to her rescue and contacted the Consulate office.
It was indicated that one of the perpetrators took her money, cell phone and clothes. She took her to Soweto, left her outside while she sleeps in the house claiming that the owner of the house does not want to stay with Basotho Nationals.

Fortunately, the matter ended up at Johannesburg Central Police station and is under investigations. The names of the traffickers are known and one of them is her neighbour. There’s a long list of Basotho traffickers based in South Africa. He urged the citizens to verify the jobs before they leave the country.

The Honourable Deputy Minister of Home Affairs Maimane Maphathe says, “as Basotho, we need to change first, “re khahloa ke litšila tsa naha tse ling ebe re li tlisa Lesotho”. He said this matter is heartbreaking.
These perpetrators must pay for what they do, for taking a young girl and turn her a slave. The same victim was considered lucky because other parents are still in search of their daughters who left home years ago. He pointed that the Government of Lesotho should join hands with that of the neighboring country (South Africa) to combat this scourge. “Together we can fight human trafficking and God will help us conquer”.

The Honourable Minister of Foreign Affairs Matšepo Ramakoae affirmed that trafficking in persons (TIP) is one of the agenda between Lesotho and America. All the involved government Ministries and Non-governmental Organizations (NGOs) to join hands in fighting human trafficking. It is due to high unemployment rate in the country that Basotho are exposed to such horrific crime.

“The victim is young and ended up leaving the country for a job which was promised by her neighbours”. They should contact the Foreign Affairs office to confirm the jobs. The responsibility of Foreign affairs is to confirm with the consular whether such jobs exist. They also work with Basotho Diaspora to scrutinize anything regarding potential jobs.