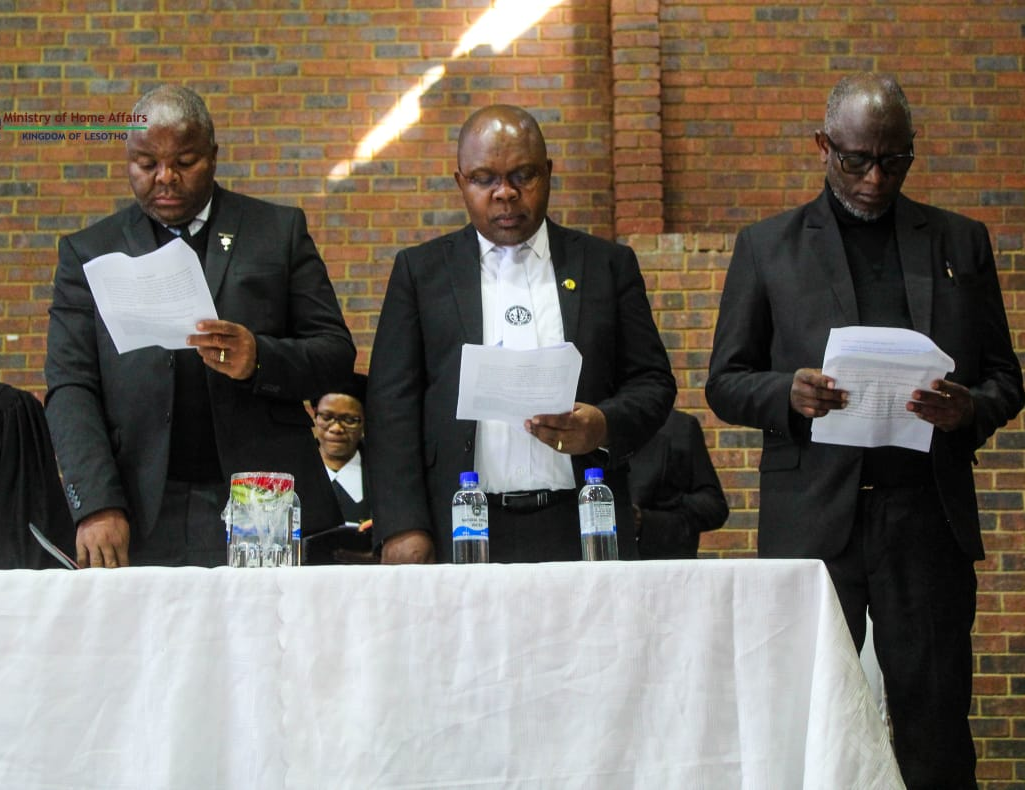 Basotho community living in RSA, still conduct their way of living as though they are in their mother country. This has been seen in their daily endeavors and lifestyle; in cultural, social as well as religious activities. The Honourable Minister of Home Affairs Motlalentoa Letsosa with his entourage of Principal Secretary Mr. Tumelo Raboletsi and Commissioner for Refugees Mr. Mohlolo Lerotholi have visited Lesotho Evangelical Church of Southern Africa (LECSA) in South Africa Soweto for the second time with the same advocacy. On Sunday, the 07 August the delegation was at Pimville LECSA, Soweto South Africa.

The Minister‘s delegation was informed that the church was in a state of reconciliation with other members, who had diverted to other religious groups. Honorable Letsosa has been invited to different doctrines in South Africa to alert the congregation of all devotions about the scourge and danger of human trafficking which is wolfing humanity.

In his keynote address, Letsosa pleaded to the congregation to be vigilant about advertised jobs either on social media or on any other platforms. He warned that those are the loopholes that perpetrators use to woe their victims into the trap of human trafficking. Perpetrators of human trafficking do not only misuse their victims in sex work, and hard labour without payment but the newly emerging phenomenon is that of organ harvesting whereby perpetrators enrich themselves by selling human organs. Letsosa warned that some victims disappear only to be later found dead with missing organs. To this effect, the Minister warned the congregation to be very vigilant as perpetrators use cunning tactics to woe their victims.

The Minister stressed that human trafficking exists in all corners of the world but “it’s not easy to be seen or notified,” Lestsosa warned. A committee member of LECSA Mrs. Matankiso Nthunya confirmed the existence of human trafficking. She further affirmed that as a Magistrate, she substantiated that she came across such cases, and cited an incident whereby some boys were trafficked to Durban by a Nigerian national residing in South Africa.
Furthermore, Honourable Letsosa, stressed that those who practice it are very smart and cunning. Honorable Letsosa acknowledged the incidents at the “Zama Zama” illegal mines in some parts of South Africa. He warned that in those illegal mines, there is another form of human trafficking as people get killed by their so-called employees on payday. This is a hidden element of human trafficking as employees work without payment.