MINISTRY OF HOME AFFAIRS IN NEW CASTLE, WARNS BASOTHO TO BE AWARE OF ORGAN HARVESTING 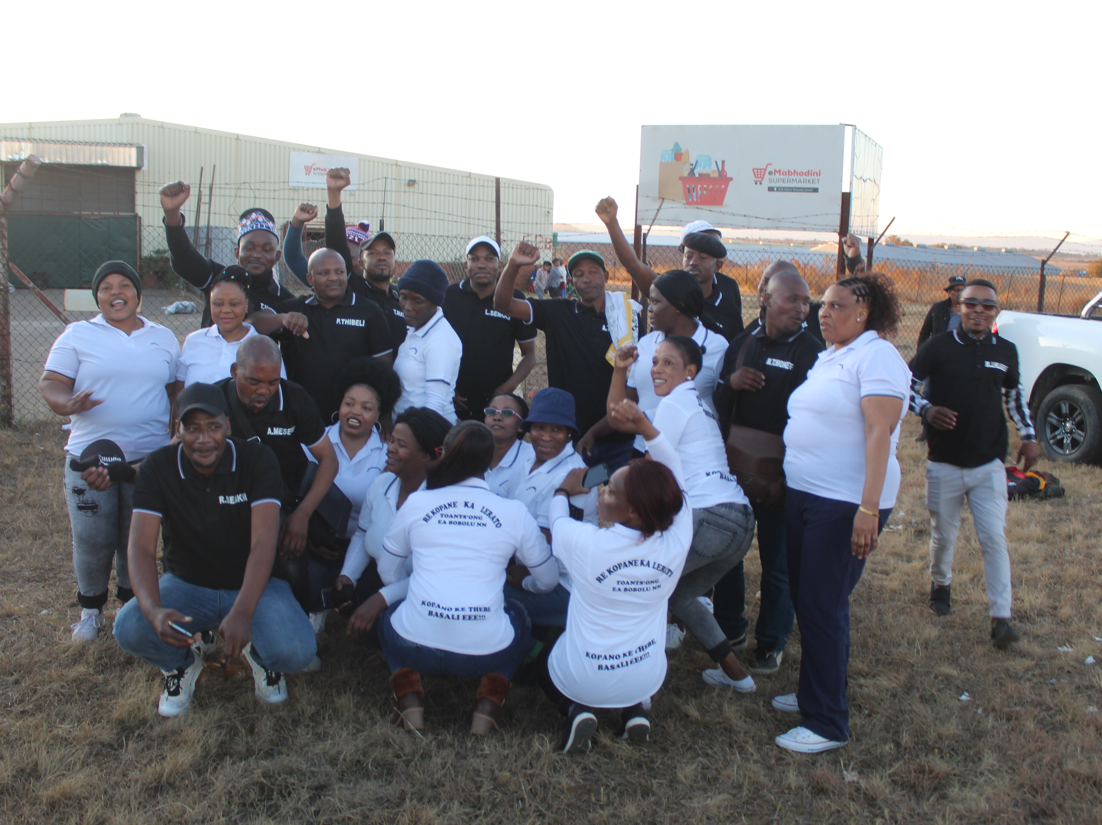 In a public gathering held at Mabhodeli New Castle, South Africa, Sunday, 03 July 2022, Commissioner for Refugees and Coordinator of Migration Issues, Mr. Mohlolo Lerotholi warned Basotho factory workers in that area to be very vigilant about promised jobs either by their relatives, friends and foreigners.

The Principal Secretary (PS), Mr. Tumelo Raboletsi on briefing those present at the gathering showed that, the challenge with human trafficking is that it is practiced by very close people, either relatives, or friends. This, according to PS Raboletsi, they do it for their own benefit, as the victims work without any payment. For them not to fall into trap of this evil act, they ought to authenticate the existence of such promised jobs, scholarships or even modeling activities before venturing into accepting such empty offers.

In addition to the scourge of human trafficking, Mr. Mohlolo Lerotholi, stressed the fact people are not only trafficked either for cheap labour, as sex workers or drug mules, but also for organ harvesting. He emphasized that the other technique used especially for youths, is to promise scholarships, and this attracts many of them and they fall prey of human trafficking.

On the other hand, District Administrator  (DA) of Mokhotlong, Mr. Serame Linake, stressed the numerous problems which Basotho in Kwa-Zulu Natal are faced with, and the need for them to be addressed.

In conclusion, the Consular of Durban and Cape Town, Mr. Selimo Thabane, indicated that  there is a possibility of the use of a document that would facilitate Basotho’s movement between the two countries. However, Basotho also ought to respect South African laws, so as to have amicable relations.