Ministry of Home Affairs briefs the Principal Chiefs on the 2021 African Union Project for Internally Displaced Persons, Returnees and Refugees 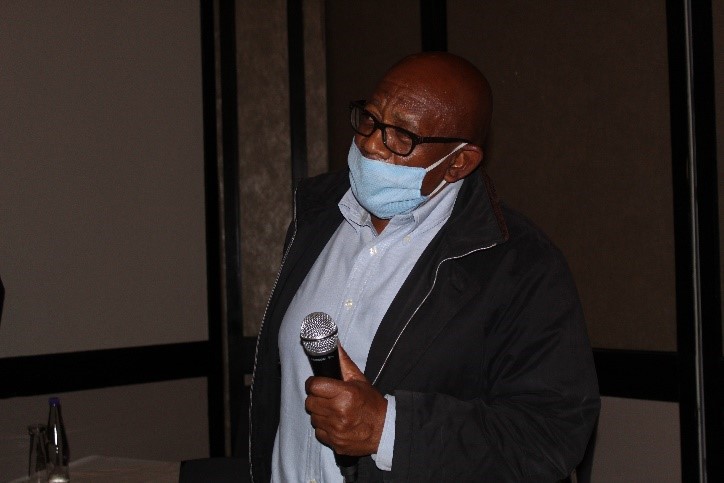 In 1983, the Government of Lesotho, established the Refugee Coordinating Committee, within the Ministry of Home Affairs with the purpose of fulfilling Lesotho’s international obligation to host and protect people who were forced to flee their countries of origin due to unforeseen circumstances. Recently, this Unit was extended to include issues relating to internal displacement and statelessness Persons of Concern (POCs). A commitment from United Nations Agenda 2030 to “leave no one behind” including Internally Displaced Persons (IDPs), a commitment under the United Nations “I belong campaign” meant to address issues of statelessness. The Government of Lesotho ensures compliance with international and regional obligation by safeguarding the rights and well-being of POCs and maintains Population Registration and Identity management ecosystem.

Under Kampala Convention, the Minister and the Principal Chiefs had a conversation particularly on the Internally Displaced Persons (IDPs) who are forced to move from where they stay, for different reasons such as the Government’s large-scale development projects, for instance, Polihali dam, natural disasters and many more. The Ministry tackled the issue of displacement due to armed conflicts. Due to Covid-19 pandemic, the Government together with the AU have extended a helping hand to the POCs.

In his address, Honourable Letsosa said he trusts the Principal Chiefs to guide the POCs in their villages (Do not understand). The main issue is embedded in the Kampala Convention which is the African Union Convention meant for the Protection and Assistance of Internally Displaced Persons in Africa. The people flee their countries for protection and peace. The Ministry has managed to secure sponsorship to help POCs, especially those who are directly affected. The fights in Lesotho are tallied to different blankets colours, related to Famo music in Mafeteng district and some places in Maseru; these fights have caused many people to flee their places of origin.

The Minister has affirmed that the Principal Chiefs and the Non-Governmental Organizations (NGO’s) have in many ways tried to intervene to prevent such conflicts, even church leaders; but to no avail. The aim of the project through Kampala Convention, is to join hands together with community leaders such as Principal Chiefs to reach out to the POC’s in the village to come to mutual understanding, on how to deal with these persons of concern. The reason behind inviting Principal Chiefs, is to share ideas on how best to reach out to those POCs since they are closer to them. Most of the Principal Chiefs showed appreciation to the Ministry of Home Affairs and aspire for success of the project especially to POCs, provided the Government invests on Agricultural projects for those people to keep their lives busy and make a living out of it.