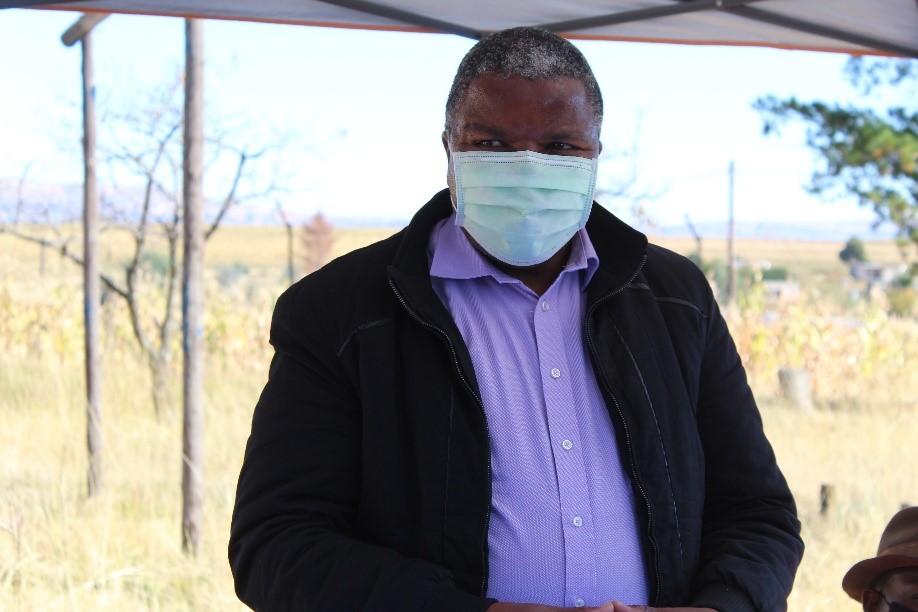 Following the launch of same time process Birth and Identity cards registrations application at Ha Mokotjo Koro-Koro, The Honourable Minister of Home Affairs Motlalentoa Letsosa fulfilled the promise of delivering the documents back to the residents on Friday 14th May 2021.

The tedious process of first applying for birth certificate, then waiting for weeks or months before applying for an ID Card; was shortened by the launch of one-way traffic of applying for both document at the same time at Ha Mokotjo Koro-Koro on Friday 07 May 2021. The Honourable Minister of Home Affairs Motlalentoa Letsosa made the launch a reality on Friday 14th May, when he ensured issuance of both documents at the same time to Ha Mokotjo residents. This is done to ensure that every Mosotho attains the right to be identified in his country.

Honourable Motlalentoa Letsosa finds it rational that the process of issuing documents was improved to a one-way traffic for better efficiency. Honourable Letsosa emphasized that the registration of Birth Certificates and Identity documents being part of decentralizing service delivery will not only be at Ha Ramokotjo village, but they will reach out to the rest of remotest parts of the country. “Nothing will hinder the services to reach most Councils and villages in Lesotho” he noted. Acknowledging the efforts of the Civil servants, he pleaded with the community to ensure their safety while working amongst them, so that they in turn will execute services diligently. This was noted as one of his concern, for one living in a community different from his.

The Councilor of Koro-Koro, Mr Phakiso Makhemeng, expressed his honour and gratitude to the Minister for successfully issuing Birth Certificates and ID’s at the same time at his Village. “He also fulfills the promise that the documents would be delivered back to the residents in five (5) days” he affirmed. On behalf of the community, he expressed his gratitude and acknowledged the gesture of Minister’s visit after a short time.