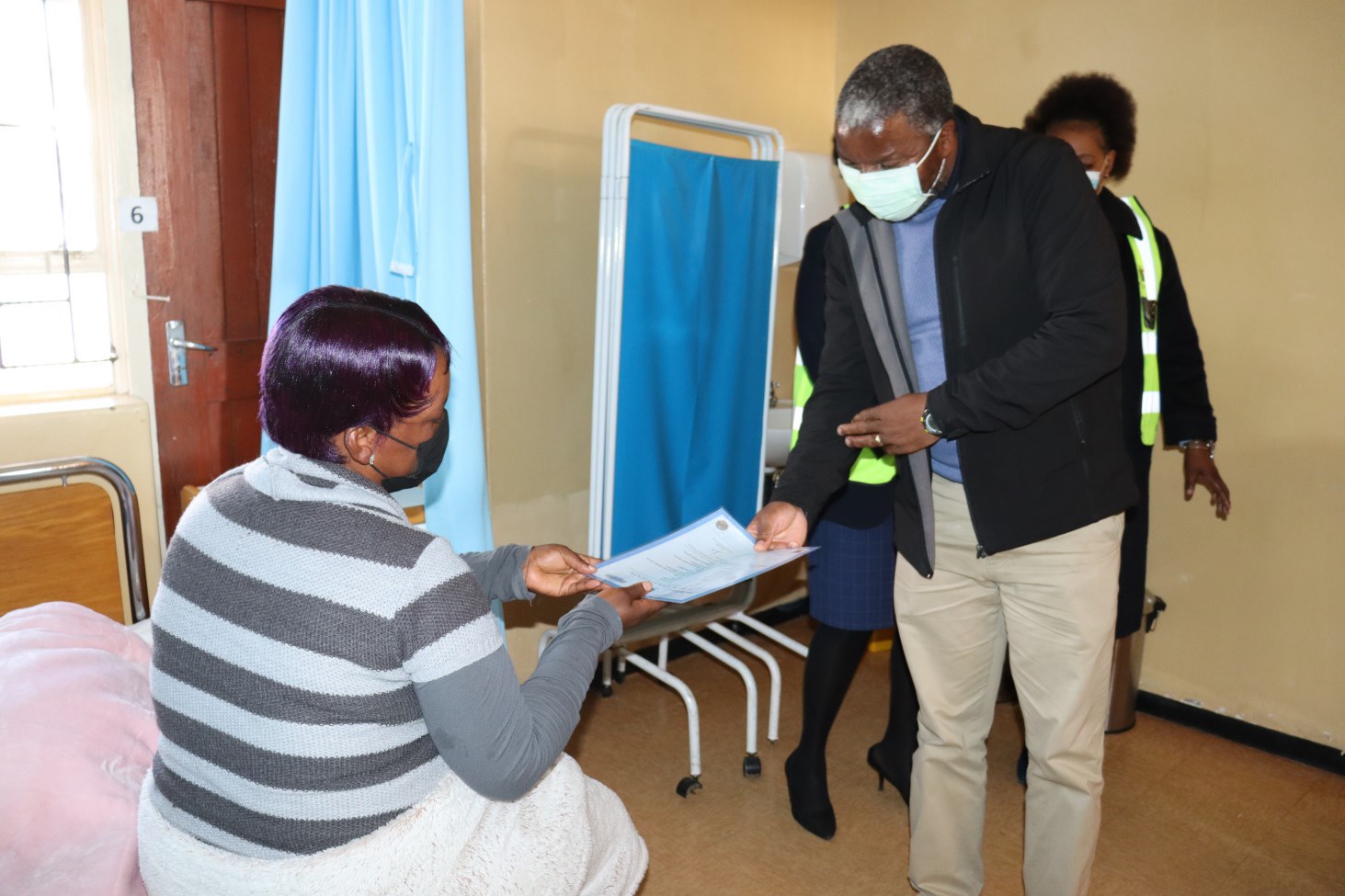 The Honourable Minister of Home Affairs Motlalentoa Letsosa when officially opening automated births and deaths registration on the 20th July 2022, pointed out that, the same National Identity and Civil Registration (NICR) services that are offered at the health facilities are no different from those offered at Maseru Mall and other districts. The Minister issued 6 birth certificates to newborn babies’ mothers.

Honourable Letsosa emphasized his intention to launch these services in all health facilities in the country. The same launch took place at Scott Hospital Morija on the 17th  July,  2021 while Maluti Adventist Hospital on the 10th August, 2021 and  on the 16th May, 2022 was Queen ‘Mamohato Memorial Hospital. The selection criteria is based on the birthrate per hospital.

He also pleaded to the parents that upon arrival at the hospital, they should have the children’s name ready, but if they did not have them, the birth of a child will still be registered. On another point, he appealed to the local chiefs to encourage their community to register the deaths as soon as they occur since the Ministry of Home Affairs has deployed civil servants across the country.

Moreover, the Honourable Minister of Health Semano Sekatle strongly urged to all the expecting mothers to give birth at the hospitals since maternity issues require experts. “Child registration is vital for strategic plans of the government since everyone would be in the National Population Database.” Indicated Honourable Sekatle.

The Director of NICR Mr. Napo Khuele on behalf of Principal Secretary of Home Affairs pointed out that the child births registration happening at hospitals speeds up vision 2030, that every citizen should have been registered.

In addition, the Maseru district NICR Manager Mr. Litšoane Keketsi reported that, the NICR civil servants deployed in various hospitals report for duty seven days a week, even on holidays as babies are born on daily basis. He also highlighted that, they are not registering the hospital births alone, but they also register and issue birth certificates to the general communities.

In conclusion, the hospital Superintendent Mr. Moletsane Moeko, said it is an honor to have his hospital visited by the two Ministries. He continued that, the birth registration enables the hospital to facilitate the referrals to South Africa where needed as one’s identity is a requirement and when death occurs the deceased is registered instantly.