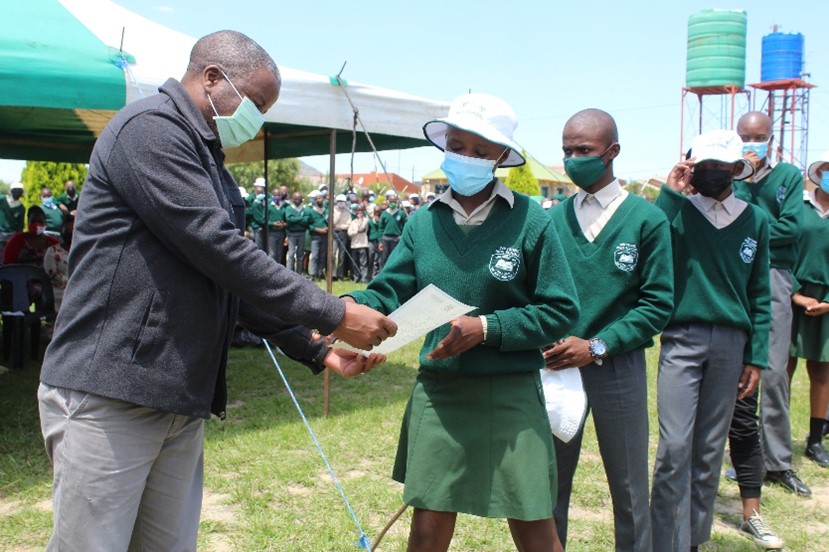 The Honourable Minister of Home Affairs Motlalentoa Letsosa was at Thetsane High School yesterday to sensitize students, teachers and community leaders about Human Trafficking which was seen to be rampant in our country in the past years. Prior to this, the Minister visited Liraoheleng Primary School on Thursday 20 January 2022 with the same purpose.

During the same event, the Ministry through Hon. Minister Letsosa, issued birth certificates and identity documents to legible students and area residents, as in line with Strategic Development Goals 2030, target 16.9. Documents enrolment continued during and after the campaign.

In these two events, at Liraoheleng Primary School, 92 birth certificates were aissued to pupils, while at Thetsane High School, 42 of the same documents were issued. Enrolment of the rest of the pupils was done for both Identity documents.