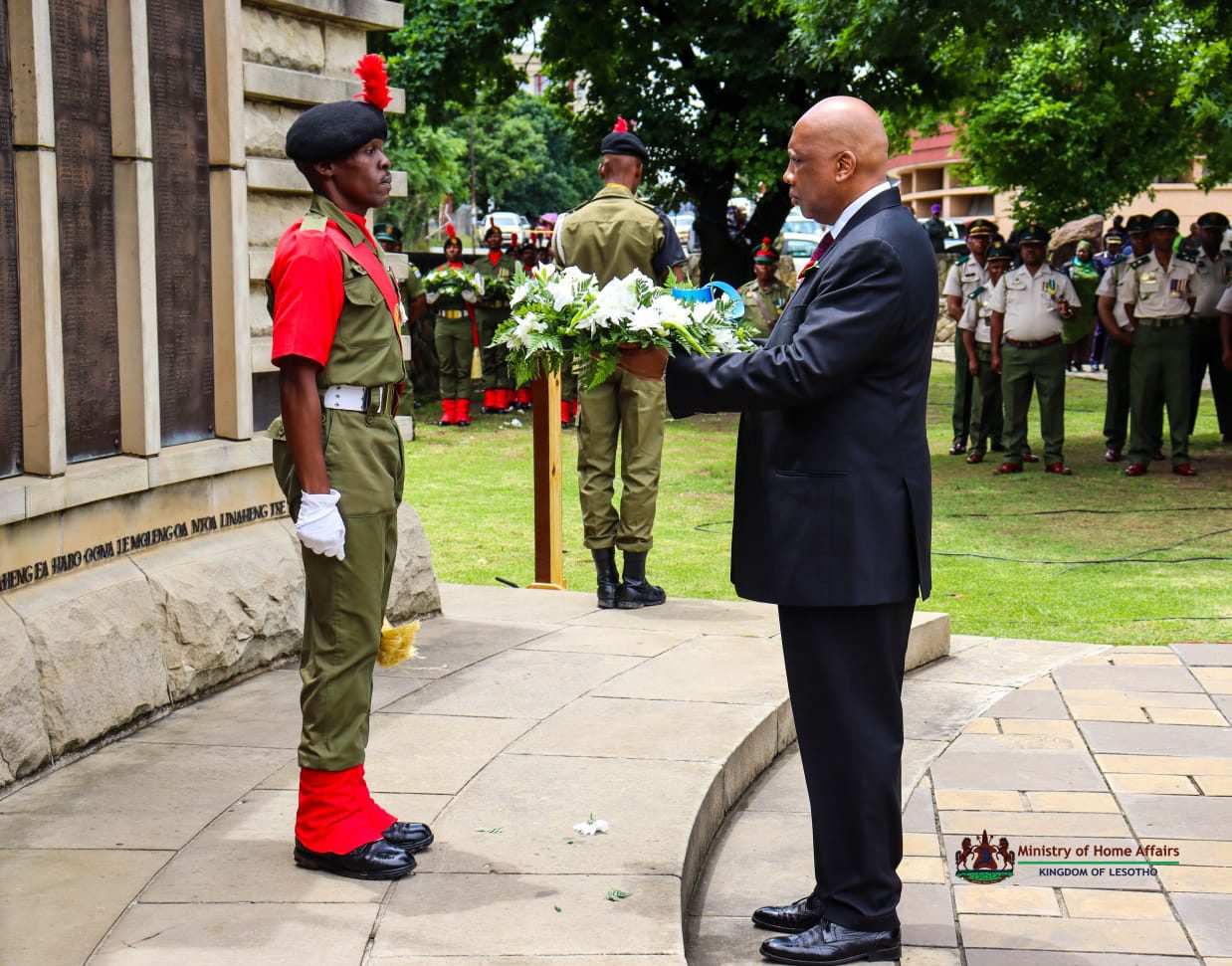 The Government of Lesotho on Sunday 13th October 2022 celebrated Armistice Day which was led by His Majesty King Letsie III who also led the laying of wreaths at Makoanyane Square in Maseru.

On the 11th November 1918, at 11 0’clock,   Germany sued for peace and consequent to the collapse of the Central European powers, peace was signed at Versailles in 1919. Since then, the 11th  November of each year has always been regarded as a solemn occasion commemorating the Armistice of war in which not only armies fighting on the battle field alone but civilian populations were involved.

Furthermore, Armistice Day is held in Lesotho and in other countries which had participated in the First World War and Second World War in commemoration of the 1914-1918 wars whose magnitude exceeded anything the world had yet known.

Moreover, this day was also to honour the surviving veteran Basotho soldiers and those who were present at the ceremony were Sergeant Mokhejane Khaile, Corporal Mann Mofolo and Corporal Thabo Sematlane, who fought in the two world wars. The surviving veterans were also offered presents by the Minister of Trade, Industry Development and Tourism Honourable Mokhethi Shelile on behalf of His Majesty at Avani Maseru. Currently there are only eight surviving veterans and a total of 21 463 Basotho soldiers fought in the two wars and 1 105 of them died.

Present at the occasion were some of the dignitaries being the Prime Minister, the President of the Senate, the Speaker of the National Assembly, the Chief Justice, the Army Commander, Heads of Diplomatic Missions in Lesotho amongst them being Chinese Ambassador, United States of America Ambassador, South African High Commissioner and European Union Ambassador, Ministers and Government officials.