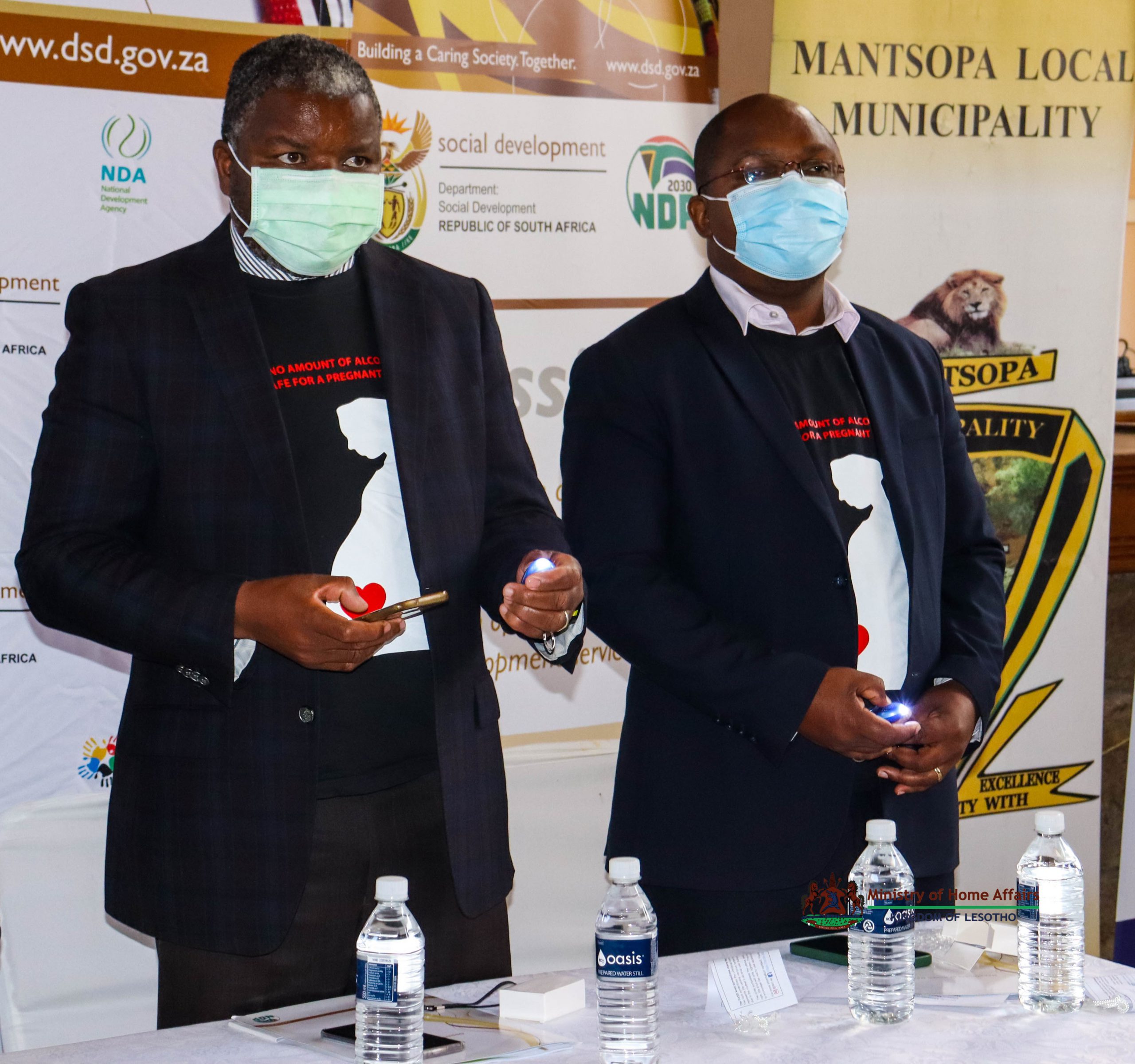 The Ministry of Social Development Free State on the 1st September 2022, launched an awareness campaign on alcohol, a fatal syndrome to trafficking in persons held at Ladybrand Community Hall. The Minister of Home Affairs Lesotho Honourable Motlalentoa Letsosa was also invited.

According to the Minister of Home Affairs Honourable Motlalentoa Letsosa acknowledged the invitation and stated that, human trafficking is there and it’s a modern slavery which is a translational business of evil people who deceive others and sell them for different purposes either for sex, slavery or organ harvesting.
In addition to that, he said alcohol disturbs people’s minds and influence negatively on their behaviors, where people can find themselves involved in an activity that they will regret at later stage. The Minister advise them to refrain from those activity as they will find themselves in a high jump.
Moreover, the Minister urged the women not to drink alcohol especially during their expectancy period as it can lead to implications during or after birth, where they can deliver children with disability.

Apart from to that, the Deputy Minister Honourable Hendritta Bogopane Zulu from the Ministry of Social Development emphasized that, women should stop taking in alcohol, since most women who are addicted to alcohol tent to sacrifice their daughters to men who use them as sex slaves. She further urged the parents to cease from that behavior to avoid their daughters from being pregnant at young age.

According to South African Brewery Representative Mr. Bofihla Ballang warned Mantsopa community not to abuse alcohol because it is very dangerous especially to expectant woman, as it can pose harm to their unborn children and also the youth to drop out of school in order to care for their babies. He promised the Ministry that, they will always support their initiative toward this campaign and they will also carry out this awareness campaigns and teach the public about substance abuse.