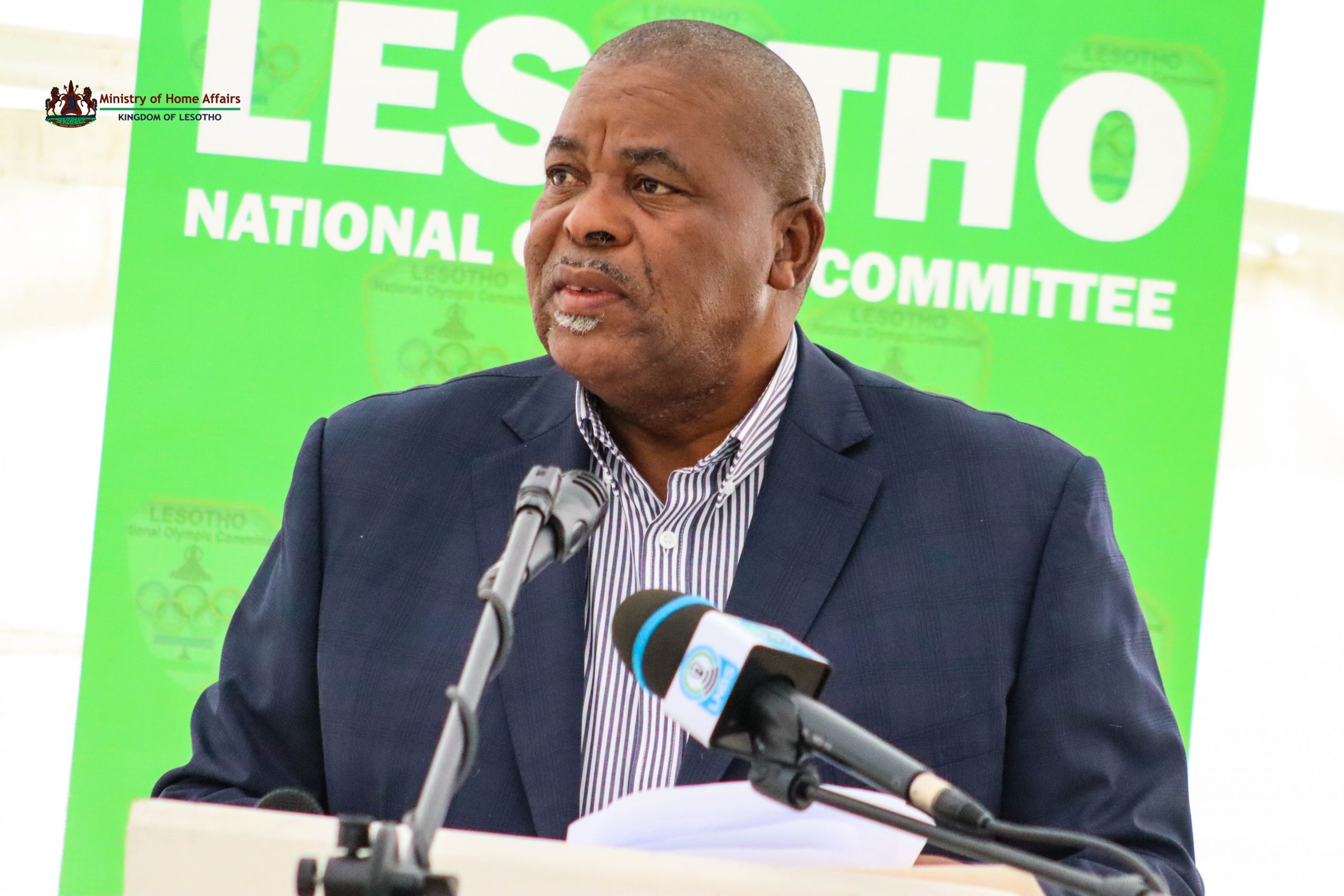 According to Honourable Minister Lebona Lephema speaking at the World Refugee Day said World Refugee Day is the day that the World recognizes the courage and humility of millions of people forced to flee, violence, prosecutions and war in their countries. He added that, it is also a moment to honour the community welcoming the refugees and the dedication of humanitarian workers to provide life serving assistance during challenges and dangerous conditions.
“We reiterate our commitment to reduce the suffering of refugees through among others local integration, protecting refugees in part of who we are as Basotho Nation. Our Nation was founded through those who fled great wars known as Lifaqane” he noted. Honourable Lephema said the Kingdom of Lesotho has always been a safe place for refugees fleeing prosecution from across the continent. He said as the Ministry, they continue to coordinate and advocate protection and humanitarian support for refugees. He emphasized that they recognize support from various civil society organizations and other strategic partners that include the Skillshare Lesotho, Catholic Commission for Justice for Peace and LNOC for complimenting their efforts in various sectors and improves the lives of refugees.
According to the Commissioner of Refugees Mr. Mohlolo Lerotholi, World Refugee Day is intended to be a celebration of human spirit and fortitude of the millions of people who are being displaced and dispossessed, who relentlessly strive for their lives, those of their families and communities. He elaborated that, this year, many people are forced to flee from their homes because of the war in Ukraine, continuing emergencies in different places and other conflicts which the world leaders are unable to resolve.
One of the refugee representatives, Dr. Mundandi Kapenabantu Bermous from Democratic Republic of Congo, mentioned that, he has been in Lesotho since 2016. He therefore passed his gratitude to His Majesty King Letsie III about the worm welcome he and other refugees found in Lesotho.

He stated that, the refugees feel at home in this country because they have started new life, work and have families. He further said that, their children and those of Basotho attend same schools and get good treatment at the hospitals. Moreover, the Doctor insists on investing more because of the recognition they get in Lesotho. He mentioned that, he is a Medical doctor based at St. James Mission Hospital in Thaba-Tseka.